The Cannabis Industry Launches Its Latest Purchase Tool for Consumers: Scratch and Sniff

965 was a watershed year in American culture. Malcolm X was assassinated, the first American troops landed in Vietnam, Bob Dylan released Like a Rolling Stone—and Gale Matson, a chemist toiling in 3M’s St. Paul, Minnesota labs, accidentally invented scratch and sniff. Within a couple of years, kids would be pressing their noses against the bananas pictured in their books. By 1982, magazine readers could catch a whiff of the latest designer fragrance by simply running a finger across an ad. Now, scratch and sniff is ready for its next trick: revolutionizing the dispensary experience for cannabis buyers.

On December 10, the Humboldt Seed Company, the largest licensed cannabis seed seller in California and a leader in specialized cannabis breeding, is releasing the first-ever scratch and sniff stickers for dispensary-sold bags of weed.

If you live in California, Washington, or a handful of other recreational states with “sealed-package” laws, you know that budtenders are forbidden from letting you stick your nose in the bag. You also know the olfactorily frustrating experience of stepping up to the counter, admiring a glistening thumb-size nug, but not being allowed to inhale the goods. The ingenious rebooting of ’60s scratch and sniff technology gives bud buyers the aroma action they want without keeping dispensary lawyers up at night.

“The regulations are a good thing because they ensure that your cannabis is sealed, sterile, and uncontaminated,” says Ben Lind, owner and Chief Science Officer of the Humboldt Seed Company and a member of the team that dreamed up the new scratch and sniff solution. But when you’re buying cannabis, the information our brain gets from its specific scent is vital. “Your frontal cortex starts firing and you get the immediate impression that Trainwreck isn’t for you,” says Lind. “But then you smell OG Kush and you just know you want it.”

Cannabis, he adds, “is such a personal experience—and scratch and sniff will give people access to the plant in a way that’s been taken away with legalization.”

How close is the sticker-scent to the real thing?

“It’s 100 percent accurate,” Lind says, because it comes directly from the plant itself. “We walk up to the plant at the peak of flower, when the buds are as big as baseball bats, remove them and put them in an essential-oil still, push steam through them, and then recondense that steam,” he explains.

The scent is then transformed into tiny bubbles—microencapsulation, they call it—and applied to the surface of the sticker, which is then affixed to individual bags.

Initially, the Humboldt Seed Company will produce some 10,000 s-n-s stickers for three strains (Orange Creampop, Nutter Budder, and Blueberry Muffin) that will be available at selected California dispensaries—including, not surprisingly, The Woods, which is co-owned (also not surprisingly) by Woody Harrelson. 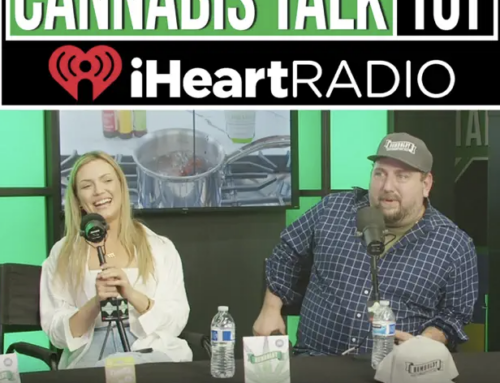 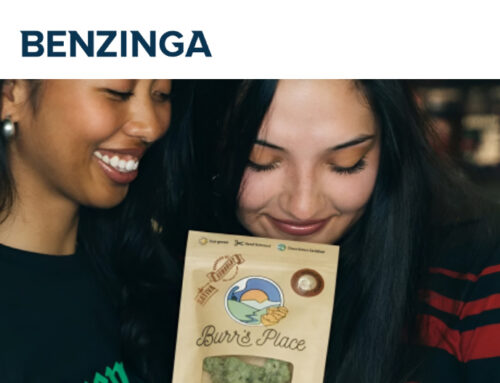