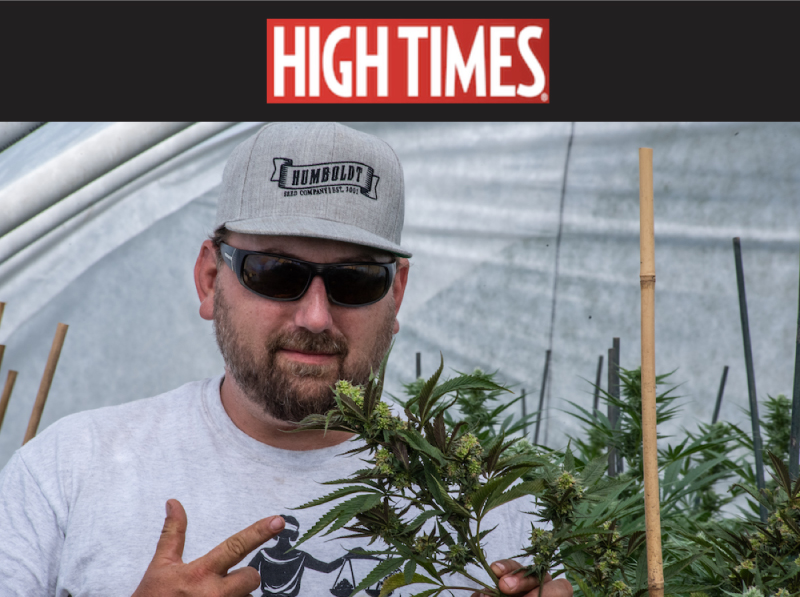 Nathaniel Pennington hails from Philadelphia, City of Brotherly Love. He left at 18 on a road trip with a girl, and ended up in the cannabis capital of the world: Humboldt County.

Pennington first smoked weed at the age of 12, but doesn’t remember the experience or the material. He clearly remembers going to the movies with a grunge-rocker-type girl, Michelle, when he was 14 and smoking a joint behind the theater

“I was a skater and grunge-hippie kind of kid,” he shared. “That joint we smoked behind the theater was the first time I got stoned. Cannabis had this wonderfully mellow, and somehow hilarious effect, and made the movie extra awesome. The one thing I remember most was thinking all the crazy warnings drilled into me in the D.A.R.E. program and Nancy Reagan’s ‘Just Say No’ campaign were absolutely overinflated claims.”

The experience made him question the claims made about the other drugs included in the D.A.R.E. program, further stating, “It’s a good thing I didn’t go right out and try heroin, thinking it must be fine too.”

In 1995, at the age of 18, Pennington set out to travel around the country with his girlfriend at the time; she left him in Prescott, Arizona for a famous female folk singer who shall remain unnamed.

“I wandered around the west for about a month, heartbroken, then ended up nursing myself back to health with the best weed in the world, in my new home of Humboldt,” he shared, happily. “It must have been destiny, because it didn’t take long to brush off heartbreak in such a beautiful place, at such an exciting time for cannabis.”

One year later, in 1996, California would become the first state in the country to allow cannabis as medicine. In 1997, he grew his first crop, and one year after that he was breeding to ensure seeds for the next crop.

“Clones were just becoming commonplace in Humboldt, and I quickly learned how to utilize that propagation technique,” he shared. “My love for breeding, combined with the healthy plants I was getting from seed, immediately made me a full-blown breeder.”

Twenty-five years have passed since he settled in the cannabis capital of the world. He insists that he didn’t stay in the county for the weed, but instead for the beauty of nature.

“The first few years in Humboldt I lived in an intentional community up in the hills, where we grew vegetables biodynamically – a method I still use today,” he explained. “At Humboldt Seed Co. we use biodynamic principles in our breeding areas and trial fields.”

Inspiration to farm cannabis came via a mentor, Peter Brucker, a guitarist who not only taught Pennington to play, but also brought him into the world of river conservation. A shining star of the combined work done by many was the undamming of the Klamath River, gaining protections for Humboldt salmon.

“One grant I wrote funded several masters students to do genomics research that I hypothesized would protect local salmon,” he said. “The work ended up getting published in several prestigious scientific journals, proving my hypothesis, and leading to Humboldt salmon being added to the Endangered Species list.”

Over the years Pennington said he became known as a fisheries biologist by association, sans a degree – an honorary title he holds with pride.

“Peter taught me to be a steward of the land, but he also opened my eyes to the irrelevance of the lazy stoner stigma, as he was one of the most productive people I know,” he said. “He founded several non-profit environmental groups, including restoring the rivers for the salmon run, which is historic here in Humboldt. He’s responsible for writing grants for millions of dollars in environmental work in the county.”

Brucker gave Pennington his first cannabis seeds, inspiring him to farm. This eventually led to him establishing the Humboldt Seed Company in 2001.

The company was established under California’s Compassionate Care Program, under Prop. 215, to provide plants to patients and caregivers.

Founding partners include a group of biologists who are known as a cannabis genetics resource, breeding and improving genetics, and offering up seeds, clones, and rooted cuttings.

In 2019, the company embarked on what Pennington describes as a “vast and unprecedented effort to hunt through tens of thousands of cannabis plants for distinctly new cultivars.”

“Due to prohibition, the species has not benefited from the application of coordinated, large-scale, traditional plant breeding practices,” he explained. “We’ve teamed up with farmers across California, providing tens of thousands of seeds, from new distinct population crosses, created last year in 40 isolated pollination breeding chambers – another first – that will intentionally produce diverse progeny.” 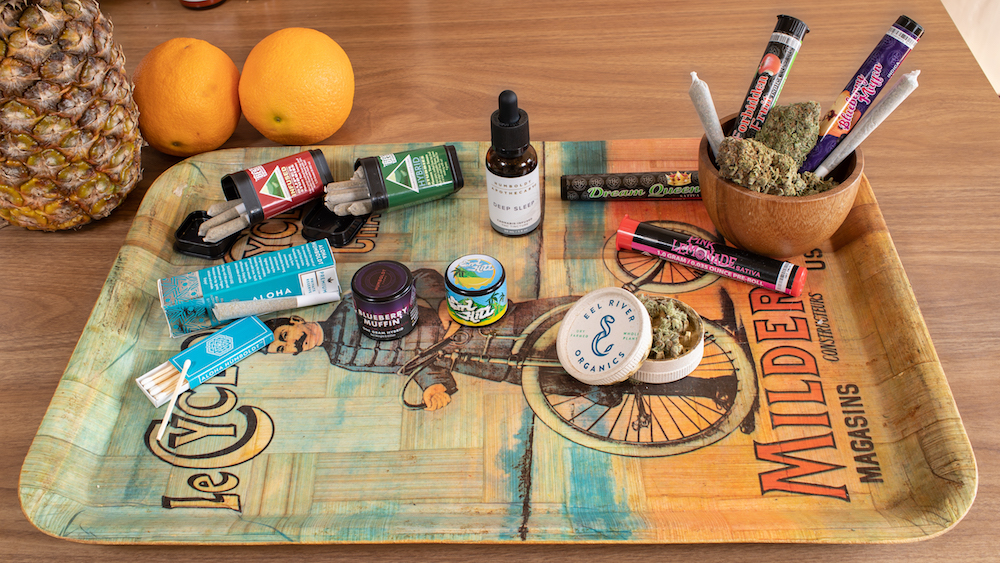 From Seed to Stash
Of the farms involved in the phenotype program is Aloha Farms; Pennington said its pre-rolls and flower are a favorite. He also favors Honeydew Creek, a family farm in the county, and gives a shout out to Humboldt Edge Farm of Willow Creek – a region often left out of the conversation, but a source of amazing flower along the Trinity River, an hour east from the coast.

Pennington said he barely missed a day of partaking of the plant since he was 14 years-old, sneaking a joint behind that movie theater in Philadelphia. At 40, he’s not a 24/7 stoner, but he’s not quitting anytime soon.

“To be honest, I didn’t begin smoking weed for any particular medical reasons – it was purely for social enjoyment or escape – to explore altered states,” he said. “I’ve pretty much moved through every mode of consumption at some point, but I’ve always enjoyed the simplicity of a joint.”

His simple stash is held on a bamboo tray, decorated with a vintage French bicycle ad, with a grinder from Eel River Organics. The Eel River winds through Southern Humboldt, said to be the birthplace of Humboldt weed.

Aloha Humboldt pre-rolls share space with Humboldt Edge Farm kief-infused Super Stubbies; both of Willow Creek. Live resin of Blueberry Muffin is from Humboldt Farms and Earl Hill from Fire Mountain Farms in Kneeland, another Humboldt farming region about an hour from the coast. From Honeydew Creek, another region east of the County seat of Eureka, are pre-rolls from The Honeydew Creek Original Family, from THC of Humboldt, a flower company.

Humboldt Apothecary is a woman-owned company, with a line of tinctures. Shown here is Deep Sleep THC tincture, manufactured in the town of Arcata in Northern Humboldt – otherwise known as “60s by the Sea.”

Lastly, in homage to terpenes, oranges are shown with a pineapple, as cannabis shares the same terpenes as other fruits and vegetables. Oranges and pineapples have the terp, d-limonene, found in cultivars like Jack Herer and Pineapple Express. It’s an uplifting terp, raising endorphins, said to combat depression.

“A strong tincture can help me get a good night’s sleep, or help get me to a tropical paradise, with what would have been a long and claustrophobic flight,” he surmised. “It’s a mood adjuster, and in my opinion, the nature of the effects of cannabis make it more often medicine, than not. I’m grateful my cross-country road-trip all those years ago brought me straight to Humboldt County, to the plant, and this life I love.”